Oh the mystery that is art! There is work admired for its attention to detail, its workmanship, technical ability. Inspiring awe is the artist making realism from paint, paper, clay. Hatred is a reaction to art which disturbs, shocks, bothers.  Endeavouring to stimulate any response, other than apathy, is the realm of the artist. Very occasionally a guttural sigh is released when an artist captures that primitive emotion denoting past experiences from unknown times.

Carolyn Lobsey moves us into this portal with her exhibition of photography, “Home Coming”, at the Shopfront Gallery during February. 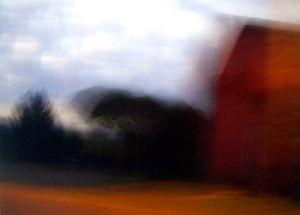 Ancestral experiences of their land, their space, their time are captured in swift stills that hover restlessly in their moment. Isolating views connect to the past with hidden motives, deep comparisons. Habituating the present is made disconcerting when no reason is suggested to do so.

Communicating through visions of neighbourhood panoramas at dusk, Lobsey demonstrates a keen sense of serene chaos. Skies heavily burdened with dramatic pathos succeed. Home in a landscape beholden to earlier generations incites harmony through shared belonging. Otherworldly scenes delve into enclaves described in painterly terms through use of blur and contrast.

Photography, often fraught with the laborious task of documenting evidence, is released of its duty in this series. Not always is this sense of freedom encouraging. “Home Coming” succeeds where others do not.

Through visual asperity mundane is extraordinary. 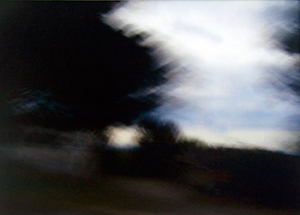 Its great to have feedback so leave a comment! Cancel reply