A touring exhibition of 50 prints from 2 studios- Newcastle Printmakers and Warringah Printmakers.

At Curve Gallery until 29th June. 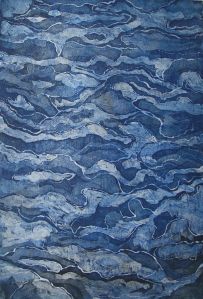 Countless works of art use water as muse. The pertinent impact is rich in history, significance and culture. Traversing the ages, the works form a significant basis for philosophies and national beliefs. The resulting tableaus fuse the essence of the spirit and functional values at the core of every human.

Unity is the premise for a joint exhibition between Newcastle Printmakers Workshop and Warringah Printmakers Studio. ‘Marked by Water’ offers a unique opportunity for some 50 artists to express ideas and motives via their medium and through the similarity of environment both studios are bounded by, that being water. Together the studios also accept the important role water has in the printmaking process.

Marked by Water features a variety of printmaking techniques including, lithography, etching, screen printing, lino cuts and mono prints. The exhibition concludes at Curve Gallery 29th June and will then tour to Sydney for the opening at Warringah Printmakers Studio Gallery in July. 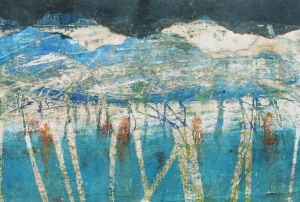 1 thought on “Marked By Water”

Its great to have feedback so leave a comment! Cancel reply